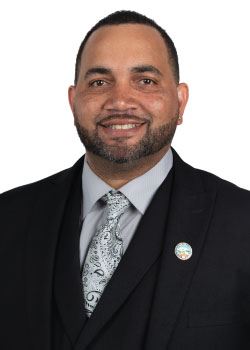 Councilman Matt Howard is a native resident to the City of Warrensville Heights with over thirty years of residency. He has given his sworn oath and promise to help lead this city into the future. On January 7, 2015, Councilman Howard took his oath of office after being appointed by city council members.

Councilman Howard proudly serves as chairman of the Service Committee and the Building Committee. He also serves as vice chairman and member to various other committees as well.

Currently, a union electrician with the International Brotherhood of Electrical Workers, Councilman Howard excelled as a union steward on various projects and learned the true nature of brotherhood for all working class people. He continues to advocate for healthcare, wages, retirement, and working conditions. He actively serves on numerous committees, groups and associations that support (but not limited to), socio-economical change, and social progress.

“I believe that one important dimension in our quest for advancement is that we must continuously reclaim the village. Our village isn’t just for raising children, it is also for raising awareness, raising our income levels, and raising our state of existence.”

“An individual has not started living until he can rise above the narrow confines of his individualistic concerns to the broader concerns of all humanity”- Dr. Martin Luther King Jr.