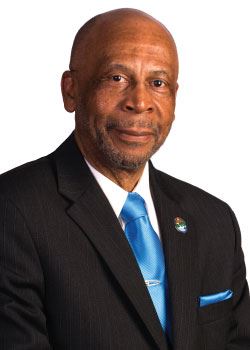 For more than forty years, Councilman Stanley Anderson has been a proud resident of the City of Warrensville Heights. In November 2013, the long-time community organizer was humbly elected to serve his first-term as councilman in Ward 6.

Councilman Anderson has a wife, Nga and two children, Thuy and Thanh.

Councilman Anderson is committed to being responsive to the needs of his constituents, seeing that improvements are made and problems are addressed efficiently, while lending an attentive ear to anyone that requests his assistance.

Additionally, he is a trained member of the Southeast Community Emergency Response Team (Southeast CERT).