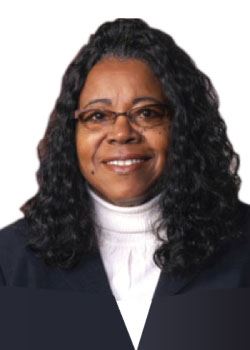 Her parents introduced her to excellence in education, civic involvement and public service early in life. She diligently applied her educational training to seventeen years in commercial insurance management and thirteen years of service in the Warrensville Heights City School District.

When the time came to take her community activism to the “next level,” she set her eyes on a seat in City Council. She was first elected in 2000, re-elected in 2003, 2007 and 2011. She has served as Council President for more than six years during her tenure.

Always committed to improving the quality of life for citizens through public policy, she has been instrumental in putting forth safety initiative as a member of the safety committee. As council president she hosted the first annual “Town Hall Meeting” designed to keep residents informed in all operations of our city government. She is a firm believer in the adage that one person can make a difference. She strives continuously to exhibit integrity, promise and leadership within her responsibility and the schema of City Council.

Hagwood is an active participant in the National League Leadership Training Summit, and attended The John Glenn Institute of Public Service and Public Policy. She is a graduate of the Maxine Goodman-Levin College of Elected Officials, and the first City Council member in Warrensville Heights’ history to be certified by the Ohio Municipal League’s Municipal Leadership Training Academy.

Councilwoman Hagwood holds a chair on the following boards and committees: