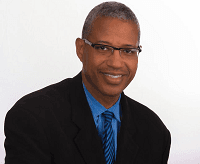 Bradley D. Sellers is the sixth mayor of the City of Warrensville Heights since chartered in 1960. He is the first native resident of Warrensville Heights to be elected to the office. He was elected to his first term as mayor on November 8, 2011. His vision for the city is inclusive of providing great city services, expanding the tax base, preserving great neighborhoods, and creating opportunities for the city's children.

Mayor Sellers attended The Ohio State University, and spent fifteen years as a professional athlete in his first post-collegiate career. In 1986, he was selected in the first round of the National Basketball Association draft by the Chicago Bulls. As a member of the Bulls he had the opportunity to learn and play alongside some of the greatest players in National Basketball Association (NBA) history, such as Michael Jordan and Scottie Pippen.

Before becoming Mayor, he served as the Director of Economic Development for the City of Warrensville Heights for 11 years. Mayor Sellers, with his development background, has prioritized the economic development and job creation agenda for the city. Under his direction, the City of Warrensville Heights helped create over 3,000 jobs and over $500 million dollars in construction projects. He continues to use a collaborative development strategy that has been well received by both the public and private sector.

As an advocate for developing a great community, Mayor Sellers was instrumental in developing the first new housing subdivisions in Warrensville Heights in more than forty years. The city's goal is to construct 250 new homes within a ten year period. He has also placed an emphasis on public safety services. Mayor Sellers stays in constant contact with the Chief of Police to develop and implement new strategies to deter crime and reduce the prevalence of drugs, and other non-desired community impacts on city streets.

Mayor Sellers continues to promote the City of Warrensville Heights as a great place to live, work and play! He is actively involved with the First Suburbs Consortium, which is a group of Cleveland inner-ring suburban communities that collaborate to foster regional collaboration and cooperation.